The year 2018 was marked by extreme weather conditions in Europe, as well as in the rest of the world. Over the continent, the hottest temperatures of the last two centuries were reached and several urban centers were dramatically hit by floods and landslides in France, Italy, Spain, Cyprus, Turkey, Portugal, Denmark and Great Britain, causing 70 deaths in a few months.

Climate change, agglomeration of people, buildings and infrastructures are making our cities increasingly “fragile”. The forecast will see in the next year an increase in the hydrogeological risk in many European cities: in the South where drought will enhance, in the Central-Northern regions where floods will intensify (IOPScience, 2018).

The issue of water, its absence or its abundance, will be one of the main problems of the coming years, especially in cities characterized by a high population density, overbuilding and environmental pollution. Flooding, landslides, storms, wildfires, heat waves, construction of houses on hydro-geological risk areas will be more frequent and the socio-economic damage caused by the constant increase in temperature will always be higher (letter on “Nature Climate change”,2015).

It is estimated that the minimum cost of non-adaptation to climate change across the EU starts at EUR 100 billion in 2020 to reach EUR 250 billion in 2050. Moreover, the social cost of climate change is absolutely dramatic. Floods in the EU resulted in more than 2500 fatalities and affected more than 5.5 million people over the period 1980-2011. Taking no further adaptation measures could mean an additional 26 000 deaths per year caused by heat by the 2020s, rising to 89 000 deaths per year by the 2050s (“An EU strategy on adaptation to climate change”, EU commission, 2013)

To get a picture of the human and economic consequences of climate change around the world, you can consult a global calendar of last year’s major meteorological disasters published by The Guardian, with a map showing the scale of the human impact, from January to the end of November 2018. In this context, it is clear that increased adaptation and mitigation efforts – through infrastructural investment and policies focused on risk prevention at local, national and international level – are needed to offset increasing exposure to future climate risks. 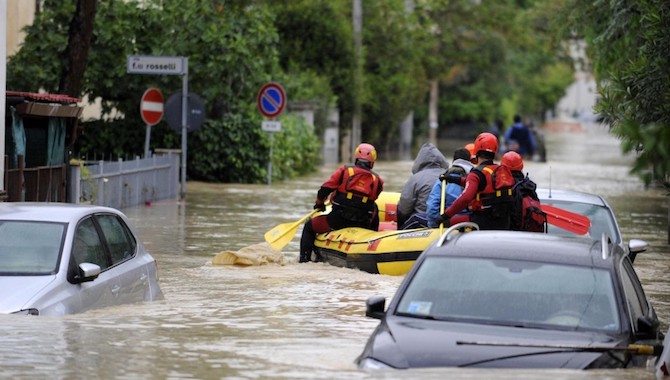 Given the steady rate of urbanization in European countries, the role of cities in the response and management of climate change consequences becomes fundamental. Sharing information with citizens, monitoring the trend of local structural changes, defining intervention strategies, promoting education on environmental sustainability, implementing measures to prevent environmental disasters, guaranteeing the protection and involvement of members of both native and non-native communities living on their territories are key actions that local administrations can and should take to improve their resilience to climate change.

There are plenty of examples of good practices, upon which we should draw attention, so that they can become a source of inspiration for other cities. As part of the project promoting a multicultural approach to urban resilience, AMARE-eu Project is collecting reports, tools and case studies to support cities and stakeholders in this process. You can find these resources here: